As I sat, watching the London 2012 Olympic Opening Ceremony last night, I listened to the announcers’ comments with dim curiousity but soon enough – something sparked my attention.  The commentary mumblings filtered to inform me that the majority of the score was made from the inspiration of Shakespeare’s play “The Tempest”.  This made me snap my head in complete intent to focus my attention of (of course) not only the gorgeous and creative scenery, but also how the music brought the ceremony to life. 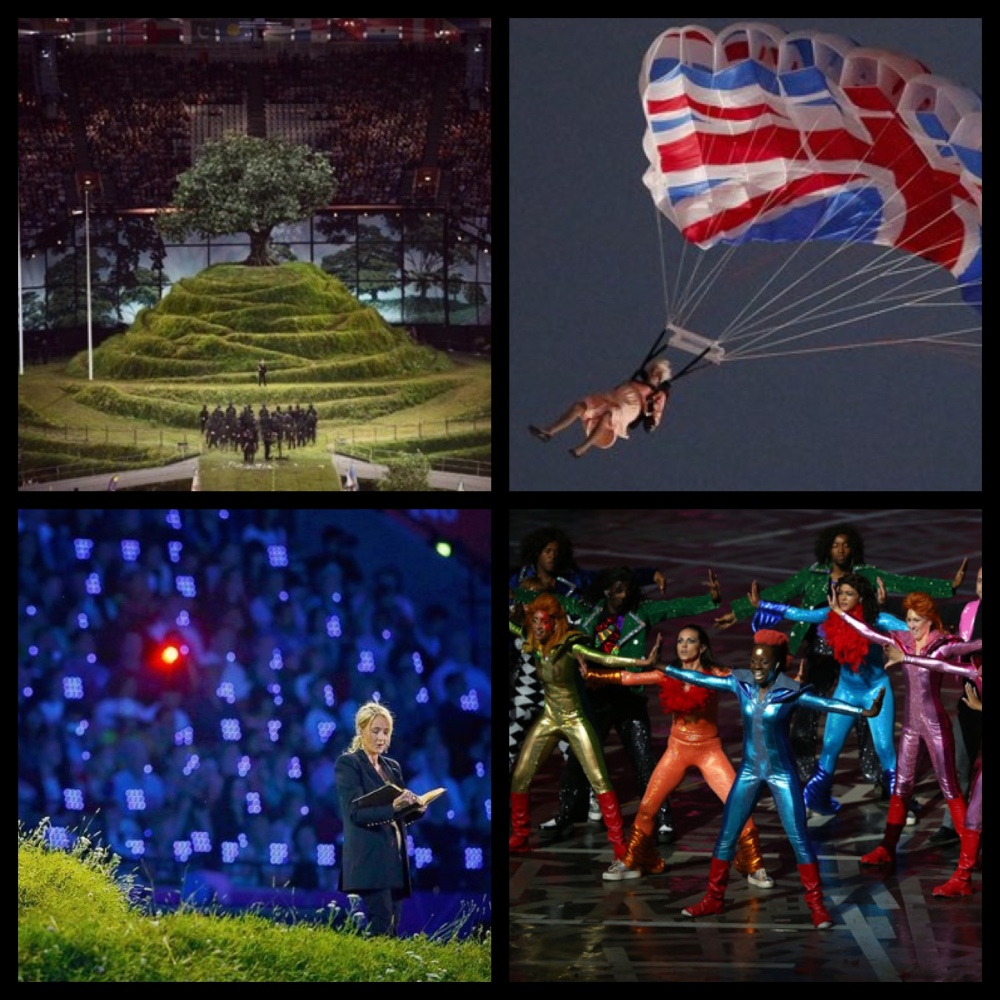 The show came together with utter beauty and unforeseen grace that represented London at it’s peak.  The entire production was a literary and musical masterpiece that joined each generation through books and songs – no matter how old you were, you understood and enjoyed most of the scenes.  The start of the Industrial Revolution, which kicked into gear the thanks of the health system, that propelled the children’s storybook/nightmare entrance (and J.K. Rowling’s fabulous appearance), flowing into the main musical eras by introducing the digital movement and viewing a teenage love story.  Each and every part of the ceremony targeted an inventive and crucial part to not only London’s history – but the world’s.

Throughout the entire time we were reminded of Great Britain’s genius spawn – especially Shakespeare.  With such songs as the main “Caliban’s Dream”, you couldn’t help but be hypnotized by the elegance and the rock’n’roll theme the ceremony had.  London was brought out to be seen as a city full of light and ingenius creativity and celebrated as the pure, defined regality that has an edgy and emotive side.

I love to write about my surroundings whether it be the newest fashion trend or the song stuck in my head. I'm constantly reading for inspirational material. This blog is meant to express my views on style and trends but also just whatever I feel has a story. Check out my page to see the world through my eyes!
Loading Comments...
Comment
×
%d bloggers like this: